As one of Quebec’s largest cities, Mirabel has benefitted from large retail and corporate development projects in recent years, prompting the city to update its existing infrastructure to meet the needs of its burgeoning population.

Joining the growing list of cities spearheading the campaign for sustainable development, Mirabel has prioritized environmentally conscious solutions with regards to its roster of improvements. As part of these upgrades, Mirabel sought to replace existing high-pressure sodium lighting within the municipality with LED fixtures, as well as install new outdoor LED lighting to meet the needs of its various urban, industrial and rural communities.

“We are proud that Mirabel has put their trust in us to help meet their lighting goals,” said Daniel Herz, Director of Sales at Concept Illumination. “We came out ahead against some of the best in the business, and we are excited work with a growing and developing city.”

The first fixtures, ten 30-foot poles with LED cobra heads, were installed in December 2015, at a busy intersection in the city.

As a result of the energy-saving and lifetime-extending benefits of LED technology, the lighting upgrades in Mirabel will result in significant electrical and maintenance cost savings. With between 350-400 luminaires being installed over the course of the contract, Concept Illumination must contend with varied lighting requirements throughout the city’s diverse areas.

“Mirabel is quite unique in its types of communities and as a result, this project sets out many different lighting applications, from urban to rural,” said Herz. “It’s a fun challenge.”

"At the end of the day, Concept Illumination was able to offer us the best price for their LED luminaires and we appreciate their expertise and attention to detail. They meet the needs of our city. It’s really as simple as that." 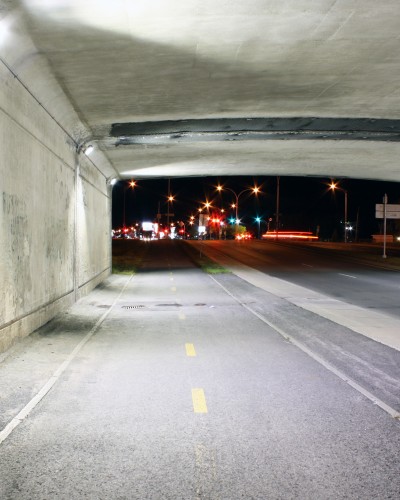